Reagan stuck to the big picture, which told him that if government got out of the way and allowed a free people to be creative, amazing things would happen.


When C-SPAN began replaying Ronald Reagan’s old speeches shortly after his passing, the clips provided not just a trip back in time, but a trip to an utterly foreign realm. Soviet Union? Inflation? Nuclear annihilation? What in the world was this nice old man talking about?

At the 40th anniversary of the D-Day invasion, there’s Reagan talking about defending Europe from totalitarianism and the importance of being prepared to resist aggression. Isn’t Europe one big happy, if occasionally bickering, family headquartered in Brussels? Did we really live through a time when the best way to stop Russian tanks from rolling — we thought they could roll! — into the chunk of Germany not yet under Russian control was to lob a few nuclear missiles at Moscow, hunker down, and hope to survive the return volley?

The most well-known of Reagan’s rhetorical zingers seems only to overshadow a unity of vision that astounds. In some ways the least remarkable aspect of his 1987 Berlin speech was the call to “tear down this wall.” More noteworthy with the benefit of 25 years of hindsight is Reagan’s conviction that a new age of progress led by telecommunications and computers would render the Soviet Union obsolete.

Back then the TCP/IP protocol was still the subject of interoperability questions, and just a few months before Reagan’s visit to Berlin all of New England lost its nascent Net connection when a single fiber-optic line was cut. Reagan was doubtless unaware of such down-in-the-weeds matters. Reagan stuck to the big picture, which told him that if government got out of the way and allowed a free people to be creative, amazing things would happen.

Reading those speeches now cannot give us the context in which they were made, which is at least half of what is so amazing about Reagan’s accomplishments. Particularly in domestic policy, Reagan was coming from a different world. Reagan’s plan for unleashing the creative energies of the nation had, after all, been declared “voodoo economics” by his own vice president. Predecessor Jimmy Carter’s chief domestic message was one of sacrifice and a dwindling of possibilities. Turn down your thermostats and put on a sweater, America, Carter told us. Your time has passed.

Indeed, the very idea that the executive branch could do much of anything about economic growth, even at the margins, was viewed as slightly loony back when Reagan took over. Everyone knew that it was up to monetary policy to roughly approximate the needed amount of liquidity for the economy. Too much and we got inflation — too little, we suffered unemployment. It was the White House’s job to come up with a fiscal policy that would soothe the pain caused by this seesaw of misery, the Phillips curve. Standard economic opinion saw wage-and-price controls, voluntary at first, but mandatory if needed, as necessary to deal with inflation, and lotsa social “safety-net” spending necessary to deal with unemployment. Only then did taxes enter into it, and they existed to fund whatever level of social programs the monetary missteps dictated.

Taxes just were not a primary matter of economic policy for the modern state. Only fossils like Reagan thought they mattered, thought that tax rates actually impacted the choices Americans made. That is how a 90 percent tax rate could exist: No one in Washington thought tax rates changed behavior. They believed that people would work as hard for 10 cents as they would for a dollar.

Even supposedly conservative Republicans in Congress thought that Reagan could not cut taxes, because tax cuts would increase the deficit, and a big deficit would make the Fed print more money, which would cause more inflation. The Laffer curve? That was a laugher, all right. Sketched on a napkin in a Washington hotel, just like a million other crackpot ideas. Who were these people Americans voted into office in 1980?

In sum, Reagan took the reins of power when every system was considered closed to change and to suggest otherwise was dangerous and reckless. For that reason the measure of Reagan’s greatness lies not so much in how true he remained to free-market principles, but that he revived them when the status quo powers had effectively abandoned them. 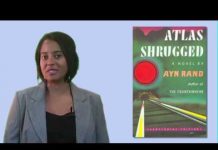